Taking care of what nature has given us!!

Interesting article regarding sustainable farming. We like the way Colin is farming, there are many benefits from his approach.

Reporoa policeman-turned-dairy-farmer Colin Guyton admits he is enjoying the limelight.

“It’s awesome,” he says. “I’m addressing conferences and talking to the media. I’ve got good news for dairy farmers.”

His good news is that it is possible for farmers to reduce their nitrogen-leaching levels and still make a tidy profit.

In the Upper Waikato River catchment he is leaching less than 15 kilograms of nitrogen a hectare a year, which is less than half of the catchment average according to the latest version of Overseer, and still managing to record a return on capital of 8.5 per cent.

That is based on last year’s $7.60 a kg/ms payout and includes carryover costs from the previous year’s drought. In the 2012 season, when the payout was $6.06, he still managed a 5.9 per cent return on capital.

He is a member of a group of 25 Upper Waikato dairy farmers whose leaching and financial performances were monitored by Headlands consultant Alison Dewes in a study funded by the Primary Industries Ministry and DairyNZ, with help from the Waikato Regional Council.

“Farmers fear they have to make huge change when a lot of them don’t need to,” she says. “They need to be aware of what they’re doing, understand the numbers and be guided through the change.”

Guyton’s results are not unusual. The top-five performers in the group were all returning close to 6 per cent when they came under Dewes’s scrutiny in 2012 – and leaching less than 25kg.

“We’re showing farmers it is possible to get your leaching down and still be profitable,” he says. “We’re giving them belief.”

He describes his farm as an “extremely sensitive part of a sensitive catchment”.

“We can’t hurt the rivers, we can’t be responsible for that. That’s being silly. If we’re damaging the rivers we must change the way we farm.”

Management techniques used by the best farmers were taken up by others in the group. Two were leaching more than 40kg and some more than 55kg – but all of the farmers were keen to know how to improve profit, lower their footprint and run a resilient farm system.

For Guyton, not having too many cows on the porous, pumice soil is most important. His stocking rate is 2.6 to the milking hectare, compared with the catchment average of 2.8.

He moves his cows off the farm during the wet winter months, though he is concerned he may be transferring the leaching problem to another part of the catchment and would like to see this effect studied.

Nitrogen fertiliser use is being reduced and he aims to lower it to almost nothing. Effluent from a pond with a month’s storage capacity is sprayed on to 37 per cent of the pastures and is the only fertiliser that part of the farm gets.

All this has been driven by six years of nutrient budgeting, matching fertiliser to soil needs, he says.

“We have a lot of nitrogen in our soil and we don’t need to add more. When I bought this farm in 2002 the P level [soil phosphorus] was above 80, but we only need to be 40-45. I’m still around 70 and though I’ve been mining it for the past few years, it takes a while for the levels to come down.”

He is concerned that the regional council, which has a history of linking nitrogen caps to historical figures, called grandparenting, will do the same for fertiliser use, which may harm farmers like him.

He accepts that his low-input farming style may not suit everyone.

“I’m not saying I’m the best example, I just do what I do. It’s all theoretical at the moment. We’re going in the right direction and hopefully over time we will see an improvement in the quality of the river. I don’t want it to be for nothing.”

He hopes that when leaching caps are set, the council gives high leachers enough time to reduce without getting into financial strife.

Science also could use extra time to refine the Overseer programme used to measure leaching. He has benefited from changes made to the latest version, which takes greater account of the effects of groundwater, seeing his leaching figure drop from 28kg to under 20.

Dewes has given the group’s farmers an environmental scorecard as part of her MSc study. The lower the score the less harm they are doing.

Guyton’s score is 1.9, one of the lowest in the group.

“I was quite chuffed with that,” he says. “It was taken at the start and I can see ways to improve. It has given me a new focus. I’ve always wanted to farm the best I can environmentally.”

During the past six years he has created eight wetlands, tidying up a swampy area that is a nutrient filter next to the Waiotapu River bordering his farm. “I’ve planted a lot of natives. It’s going to look awesome when it’s finished.”

Dewes says she has achieved her goal of making farmers aware of the extent of their environmental footprint.

“I was going on farms and thinking, ‘This guy is doing a really good job, but he doesn’t know he is and he doesn’t understand the numbers around why’.

“They can’t quite see what regulations are coming up and they don’t always know what they need to know. They need someone to quantify the figures and line them up with catchment goals.”

The group is now better informed and keen to impart that experience to others.

“They’re building confidence quickly and they’re wanting to be a lot more transparent earlier than I expected, and to share all their financial data to help each other improve.”

Guyton says he is enjoying the experience. “It has got me heading in a better direction.”

He doesn’t know of any dairy farmers who do not care about the environment.

“In the past, we didn’t realise what we were doing. I would have said, ‘It’s not us wrecking the river, you can’t blame us’, because there were a lot of industries discharging toxic stuff straight into the river.

“But now I’d hate to have future generations point the finger at us. The river is awesome here, the water is pristine, clean and blue. It’s a lovely spot.” 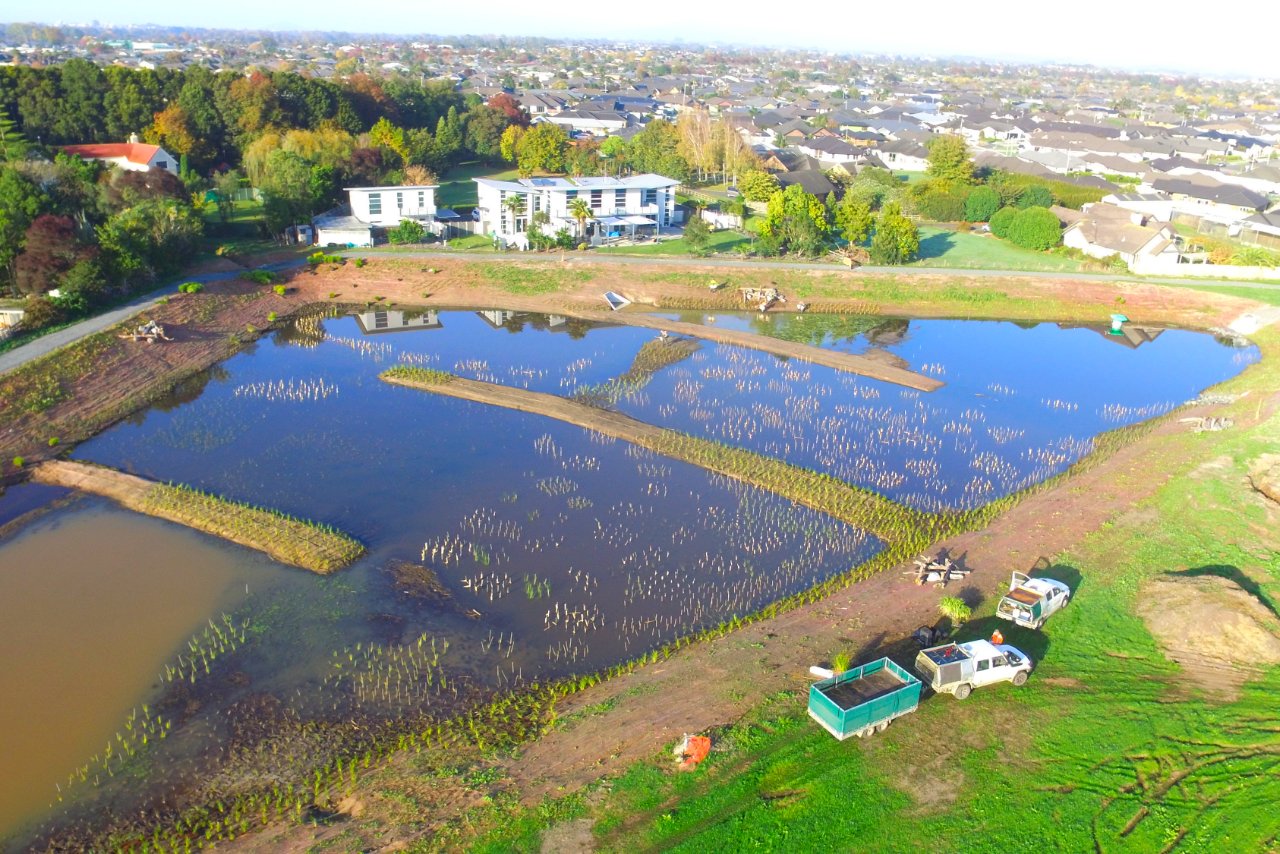